Brambles started life in 1981 as a playgroup meeting in a little portakabin on the eastern side of the playground of Thorns Infant School. 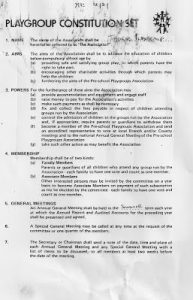 As nursery education grew in popularity, the playgroup became more structured throughout the 1980s. Funds were stretched however as 1991 correspondence between the Playgroup and the County Council showed. The County Council were so concerned about the state of repair of the building that they saw fit to write a formal letter of complaint to the then Committee!

With the advent of nursery vouchers in the 1990s, playgroups were giving way to nurseries across the UK. In 1996 the Government published Desirable Outcomes for Children’s Learning on Entering Compulsory Education and heralded the start of goal-based learning.

Brambles needed to modernise and 1998 saw the foundation of The Trust and the move to new portakabins on the north side of the playground. Nursery vouchers were replaced with grant based funding in the late 1990’s and early 2000’s saw the publication of Early Learning Goals by the new Government.

In 2006 the Early Years Foundation came in and brought a whole new curriculum. There was much discussion amongst the trustees of the time as to whether Brambles should merge with Thorns Community Infant School. By this point, Brambles was fulfilling the Out of School Club function of the School and also providing a holiday club. It was however decided that Brambles should remain as part of the private charitable trust. 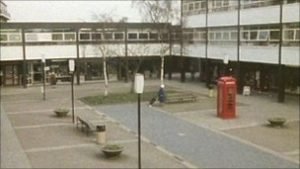 Much work was done to improve the setting in the years that followed. the portakabins were renovated and a garden was created and improved. Between 2009 and 2011 funds were raised for a new £12,000 canopy, to allow play outside in all seasons. The Trust was proud to open the Canopy finally in April 2011.

The Trustes are proud that the Trust has remained private and continues to provide high quality childcare and learning some 36 years after the Playgroup first started.

Unlike many other nurseries and preschools in the local area, Brambles is run by an entirely not for profit charitable trust. The Trust consists of a group of trustees who give their time for free to oversee and operate the work of the Trust. As of 2012 the Trust employs over twenty people in the day to day running of Brambles.

For many years, the setting was run by a committee. In 1998, it was recognised that in order to function effectively as an organisation a formal charitable trust should be established. So in 1998 the original Constitution was established.

In 2010 the Trust amended the Constitution to expand the number of trustees to reflect the expanding work.

There are at present six trustees and each carry a particular responsibility:

We are always keen to bring in new trustees. If you’ve an association with Brambles and would like to get involved in helping us oversee and operate a quality preschool/out of school club then do contact our current Chair, Jonathan Wright:
jonathan.wright@brambles-kenilworth.com